Electric bikes are getting quite popular for their technical advantages over traditional biking. Things like batteries, motors, and controllers make less to no use of pedaling. Batteries, being the power source of e-bikes, need the utmost care as well as the best practices in charging them.

So, how do electric bike charge?

There are many more factors that affect your e-bike’s battery charging and a lot more things that you can do to improve. So, to know everything about your electric bike’s charging, read this guide.

How Do Electric Bikes Charge?

The charging time and process of an electric bike battery actually vary based on the battery itself and its manufacturers’ guidelines. However, there are some basic steps or processes that apply to almost all types of battery charging. So, let’s take a look at those steps-

Now that you know the charger and battery components that you’ll get with your e-bike, let’s see the detailed process of charging your e-bikes’ battery.

1.  Turn the Battery Switch Off

At first, locate the power button on your bike and deactivate the battery by turning it off. You should remember turning the battery switch off every time before you keep it on a charge. This will ensure the safety of the battery while removing it.

2.  Remove the Battery Pack from Your E-Bike 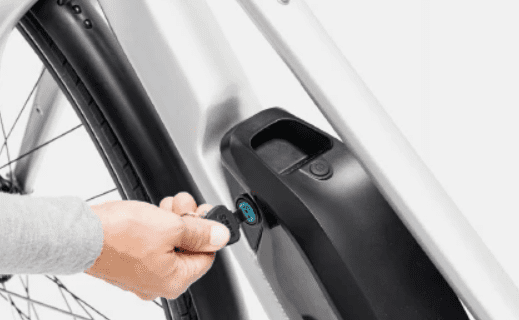 In contrast, some e-bike are designed with clips or tabs to hold the battery in place. In that case, you should undo the tabs or clips and then slide the battery gently off of the bike and remove it.

It doesn’t matter how you remove the battery, make sure not to jerk or yank it while removing it. It could damage the connection of your e-bikes’ battery. Once removing it, place the battery on an even surface.

3.  Connect Your Charger to the Battery Pack

Now, take the charger along with the slots and attach the one end’s slot cable to the battery of your e-bike. 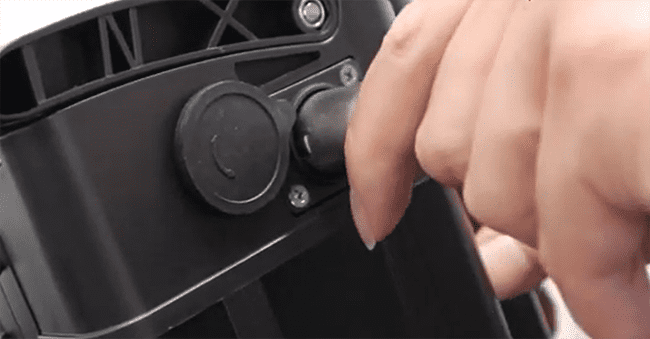 4.  Plugin the Charger Into a Mains Outlet

5.  Turn on the Power Button

The last step is to turn the power button. After turning on the power button, look out for the indicator light on the charging adapter. Most e-bike chargers come with a red light that turns green after the battery gets fully charged.

These are the simple steps that all you need to charge your e-bike’s battery. But, there is much more to know about e-bike battery charging. With that in mind, let’s move to the next sections.

Do Electric Bikes Charge When You Pedal?

Yes, some electric bikes get charged up when you pedal. These types of e-bikes come with a feature like regenerative braking that helps to charge the battery while you pedal. Usually, when you brake your e-bike, the energy gets lost that is produced when you pedal.

Here, this regenerative braking feature helps to save and reuse that 5% to 10% produced energy to recharge the battery.

How Long Does it Take to Charge an Electric Bike?

The table below will give you a general idea of the time required to charge the batteries of most electric bikes.

Do I Need to Wait for the Battery to Fully Drain?

No, there is no need to wait for the battery to drain fully. Even, it is recommended to recharge the battery before it gets out of power. If your e-bike’s battery fully discharges frequently, it can even reduce the capacity of your battery.

Therefore, instead of discharging it, try to keep the battery for charging when there is still 20% to 30% of the capacity remaining. Besides, knowing the ebike error codes related to battery will help you maintain the battery well, thus lasting longer.

Can I Stop Charging the Battery Before it is Fully Charged?

No, it is best to remove the charging slot from the main outlets after the battery is fully charged. With that in mind, you should also make sure not to overcharge your battery. Overcharging can shorten the battery’s lifespan and lead it to overheat.

Though, some modern e-bike batteries are designed with a smart charge feature that prevents the battery from getting overcharged. In contrast, if you stop charging the battery 30 minutes before it gets fully charged, your e-bike’s battery is still charged with 80-90%.

How Long Does an Electric Bike Battery Charge Last?

With a single charge, you can expect approximately 20 to 50 miles with relaxed peddling. Though, in some cases, this range can go even further to over 70 miles (112.65 km). It depends entirely on your riding style, whether you are pedaling the bike or using the throttle.

Besides that the range will vary depending on the level of assistance, battery capacity, the hills, wind, and your size. That means you can extend the range if you use little or no power while riding your e-bike on a level surface or downhill.

If you want the lifespan of the battery as a whole, we’ve discussed how long ebike batteries last before.

How Can I Make the Battery Go Further?

Typically, the electric bike’s battery lasts between 2 and 4 years if it is well maintained. Now, you know to make the most out of your e-bike and keep it in good shape for a longer time, you need to maintain it properly.

So, here are some key considerations that’ll help you to keep your e-bike battery in a good shape and last longer. 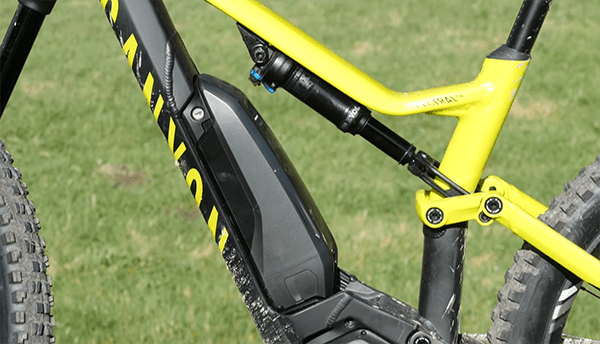 To get a better idea, see the following table. This table covers the estimated recoverable capacity when storing your e-bike battery at different temperatures for one year.

Here are some additional resources about the electric bike’s battery that may help you to clear the whole concept of it.

Where Can I Recharge the Battery?

As you’ll require a mains outlet to charge your e-bike battery, it can be recharged anywhere with access to a mains outlet. For example, your office, coffee shop, public libraries, bike shops, compounds, parks, etc.

Do Electric Bikes Self Charge?

Not really, but yes some bikes can extend the range of your battery by 5 to 10 percent while riding.

How Much Does it Cost to Charge an E-Bike?

How Far Can Electric Bikes Go?

On average, you can expect to cover anywhere 25 to 50 miles from an electric bike. This range may vary considering the watts, ah, tire type, power system, weather condition, and terrain.

Electric bikes are an environmentally friendly and cost-effective way to travel around. With the additional ease that comes with the motor, throttle, and battery, it becomes more fun to ride with it.

So, when you’re making the most out of your e-bike, make sure to take care of its components so that it can serve you for longer. Hopefully, from this guide, it is clear to you how do electric bikes charge and how to maintain them to perform at their best. So, follow this guide and have a safe and fun ride!

I had to struggle to solve different problems back when I got my first ebike. As I pursued my career in it, as a pro ebike technician, now I'm dedicated to help others avoid their struggle with their rides. And that's why I created this blog. Hope it helps you get the right ebike and maintain it well. Happy riding!

link to Different Types of Electric Bike Battery: Everything You Need to Know!

An electric bike battery is one of the most important parts to consider before buying an electric bike. It determines the power the bike can travel, the length of time the battery can go without...

We all want to keep our kids safe. Terrifying to see your junior fall down during tight turns, right? This is where the electric bike child seat safety kicks in. The most basic safety level for...

I bought my first ever electric bike in 2010, and fell in love with ebikes. As I had to struggle to solve different problems back then as I pursued my career in it. Now I'm dedicated to help others avoid their struggle with ebikes. And that's why I created this blog as a professional ebike technician. Hope it helps you get the right ebike and maintain it well. Happy riding!

ebikesavvy.com is a participant in the Amazon Services LLC Associates Program, an affiliate advertising program designed to provide a means for us to earn fees by linking to Amazon.com and other sites through Avantlink, Impact, CJ, and Awin.